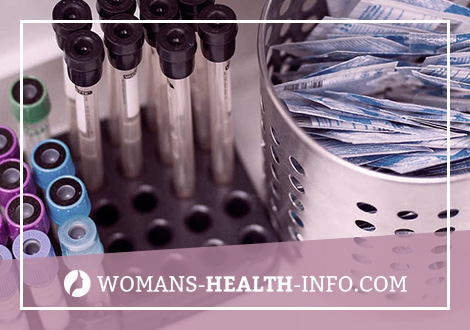 What is Amenorrhea of Pituitary Genesis?

Causes of Amenorrhea of the Pituitary Genesis

Pathological hyperprolactinemia develops as a result of anatomical or functional disorders in the hypothalamus-pituitary system.

Pathogenesis during Amenorrhea of ​​Pituitary Genesis

The basis of the pathogenesis of primary hyperprolactinemia is a violation of the tonic dopaminergic inhibitory control of prolactin secretion caused by hypothalamic dysfunction. It has been established that the most important of the endogenous prolactin inhibitory substances is dopamine. A decrease in dopamine content in the hypothalamus leads to a decrease in the level of prolactin inhibitory factor and an increase in the amount of circulating prolactin. Continuous stimulation of prolactin secretion leads first to hyperplasia of irolactotrophs, and then to the formation of micro- and macroadenomas of the pituitary gland.

Hyperprolactinemia is possible due to damage to the intrauterine receptors with frequent scraping of the mucous membrane of the uterus, manual examination of the uterine walls after childbirth.

In 30-40% of women with hyperprolactinemia, the level of adrenal androgens, dehydroepiandrosterone and its sulfate, is elevated. Hyperandrogenism is explained by the generality of the hypothalamic regulation of prolactin and ACTH-secreting functions of the pituitary gland. In addition, in the reticular zone of the adrenal cortex, receptors for prolactin have been found, and against the background of treatment with parlodel – dopamine agonisg – the level of adrenal androgens decreases

Functional hyperprolactinemia in women with various gynecological diseases is explained by the constant stimulation of interoreceptors during the pathological process and impulses in the central nervous system.

There is also transient hyperprolactinemia that adversely affects the function of the corpus luteum.

Anatomical and functional disorders in the hypothalamus-pituitary system lead to pathological hyperprolactinemia, manifested by various hormonal, reproductive and menstrual disorders.

The mechanism of violation of reproductive function on the background of hyperprolactinemia:

Hyperprolactinemia is accompanied by a change in ovarian function, which can manifest itself as anovulation, luteal phase insufficiency, menstrual disorder of the oligomenorrhea type or secondary amenorrhea.

About 50% of women with hyperprolactinemia have headache and dizziness, transient increase in blood pressure. Allocate so-called asymptomatic hyperprolactinemia, in which the level of biologically active prolactin is elevated.

In 32% of women with hyperprolactinemia, the menstrual cycle is regular, oligomenorrhea is noted in 64%, and galactorrhea in 30%.

Diagnosis of Amenorrhea of ​​Pituitary Genesis

Diagnosis of hyperprolactinemia includes the study of general and gynecological anamnesis, a detailed general therapeutic examination, since changes in central genesis play a leading role in the pathogenesis of hyperprolactinemia. The condition of the endocrine system, especially the thyroid gland and the adrenal cortex, deserves special attention.

An increase in the level of prolactin in peripheral blood plasma is one of the important indicators of impaired hypothalamic regulation. In addition to determining the level of prolactin, hormonal studies include determining the ratio of gonadotropic and sex hormones to assess the state of the reproductive system. For the differential diagnosis of pathological hyperprolactinemia and its transient form, repeated determination of prolactin is necessary. The most informative functional tests with dopamine agonist parlodel and dopamine antagonist cerukul. With functional hyperprolactinemia, there are no changes in the Turkish saddle on the radiograph and computed tomogram with an increase in the level of prolactin to 2000 mIU/L.

Diagnosis of pituitary microadenoma is possible with the help of X-ray computed or magnetic resonance imaging. Radiographic changes in these patients are not detected. Prolactin levels range from 2500 to 10,000 mIU/L. Disruption of the menstrual cycle by amenorrhea type is observed in 80% of patients, oligomenorrhea – in 20%, galactorrhea is observed in 70% of patients.

Treatment of Amenorrhea of ​​the Pituitary Genesis

Treatment is carried out taking into account the form of hyperprolactinemia. In clinical practice, dopamine agonists are widely used in the treatment of functional hyperprolactinemia. The treatment starts with 1/4 parlodel tablets (1 tablet contains 2.5 mg) per day with meals, then increase the dose every 2 days to 1/2 the same tablet and bring up to 3-4 tablets per day under the control of blood prolactin and basal temperature. When restoring ovulatory menstrual cycles, the dose is reduced to 1 tablet per day for 6-8 months. Fertility is restored in 75-90% of cases. In case of insufficiency of the second phase of the cycle, you can additionally assign clomiphene from the 5th to the 9th day of the menstrual cycle. The latest generation of drugs with minimal side effects include norprolac and long-acting dostinex (1 mg/week).

In case of a pituitary microadenoma, treatment is also carried out by parlodel or its analogs. On the background of treatment, dystrophic changes of the tumor and reduction of its size up to complete disappearance occur. Long-term treatment is carried out not only to normalize the level of prolactin in the blood and restore reproductive function, but continues in the process of further follow-up. Pregnancy during treatment in patients with pituitary microadenoma proceeds safely. During pregnancy, the need to be monitored by a neurologist and an ophthalmologist.

Macroadenoma of the pituitary is an indication for surgical treatment. A positive effect of surgical treatment is considered to be the normalization of the level of prolactin already 2 hours after the operation and the onset of ovulation within 40 days. The frequency of pregnancy after surgery is approximately 40%. The high risk of recurrence of pituitary adenoma causes the pregnancy to be carried out under the strict control of an endocrinologist and a neurosurgeon.

In addition to surgical treatment, the use of high-energy ionizing radiation has now expanded. Supervoltage therapy allows you to irradiate the pituitary gland without damaging healthy tissue. In this respect, the use of proton radiation is promising.

Hypogonadotropic amenorrhea has a primary character and is more often diagnosed in adolescence.