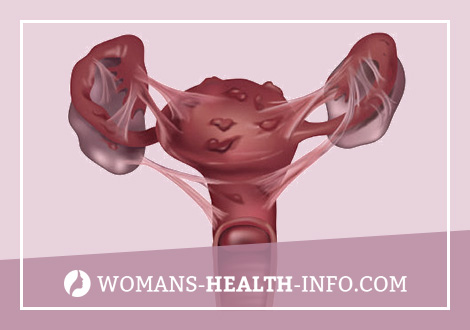 What is Genital Tuberculosis?

Tuberculosis is an infectious disease caused by mycobacterium. Genital tuberculosis usually develops secondarily as a result of the introduction of infection from the primary lesion (more often from the lungs, less often from the intestine). Despite the progress of medicine, the incidence of tuberculosis in the world is increasing, especially in countries with a low standard of living. The defeat of the urinary organs is in the first place among the extrapulmonary forms of tuberculosis. Probably, the defeat of genital tuberculosis occurs much more often than officially registered, since the lifetime diagnosis does not exceed 6.5%.

From the primary focus while reducing the immune resistance of the body (chronic infections, stress, malnutrition, etc.) mycobacteria enter the genitals. Infection is spread mainly by hematogenous, more often with primary dissemination in childhood or during puberty. In case of tubercular peritoneal affection, the pathogen enters the fallopian tubes lymphogenically or by contact. Direct infection through sexual contact with a partner with a patient with genital tuberculosis is possible only theoretically, since the stratified squamous epithelium of the vulva, vagina and vaginal portion of the cervix is ​​resistant to mycobacteria.

In the structure of genital tuberculosis, the first place is occupied by the defeat of the fallopian tubes (90-100%), the second – the endometrium (25-30%). Less common is ovarian tuberculosis (6-10%) and cervix (1-6%), very rarely – tuberculosis of the vagina and external genitalia.

Morpho-histological changes typical for tuberculosis develop in lesions: exudation and proliferation of tissue elements, caseous necrosis. Tuberculosis of the fallopian tubes often ends with their obliteration, exudative-proliferative processes can lead to the formation of pyosalpinx, and when involved in a specific proliferative process of the muscular layer of the fallopian tubes, tubercles (tubercles) are formed in it, which is called nodal inflammation. In case of tuberculous endometritis, productive changes also predominate – tuberculous tubercles, caseous necrosis of certain areas. Tuberculosis of the uterus is often accompanied by involvement in the process of peritoneum with ascites, intestinal loops with the formation of adhesions, and in some cases fistulas. Genital tuberculosis is often associated with damage to the urinary tract.

The first symptoms of the disease may appear already in the period of puberty, but mostly women of 20-30 years suffer from genital tuberculosis. In rare cases, the disease occurs in older patients and even in postmenopausal women.

Genital tuberculosis has a largely erased clinical picture with a large variety of symptoms, which is explained by the variability of pathological changes. Reduction of generative function (infertility) is the main, and sometimes the only symptom of the disease. The causes of infertility, often primary, include endocrine disorders, damage to the fallopian tubes and endometrium. More than half of the patients have impaired menstrual function: amenorrhea (primary and secondary), oligomenorrhea, irregular menstruation, algomenorrhea, less often meno- and metrorrhagia. Menstrual dysfunction is associated with damage to the ovarian parenchyma, endometrium, as well as tuberculous intoxication. Chronic disease with a predominance of exudation causes subfebrile temperature and pulling, aching pain in the lower abdomen due to adhesions in the pelvis, lesion of nerve endings, vascular sclerosis and hypoxia of the tissues of the internal genital organs. Other manifestations of the disease include signs of tuberculous intoxication (weakness, recurrent fever, night sweats, loss of appetite, weight loss) associated with the development of exudative or caseous changes in the internal genitalia.

Due to the absence of pathognomonic symptoms and abrasion of clinical symptoms, diagnosis of genital tuberculosis is difficult. The idea of ​​a tuberculosis etiology of the disease may be brought up by a correctly and carefully collected history with indications of the patient’s contact with a tuberculosis patient, past pneumonia, pleurisy, bronchoadenitis, observation at the tuberculosis dispensary, extragenital foci of tuberculosis in the body. These anamnesis of the disease can be of great help: the occurrence of an inflammatory process in the uterine appendages in young patients who have not had sex, especially in combination with amenorrhea and long subfebrile. A gynecological examination sometimes reveals an acute, subacute or chronic inflammatory lesion of uterine appendages, most pronounced with a predominance of proliferative or caseous processes, signs of adhesions in the small pelvis with displacement of the uterus. However, data from a gynecological examination are usually non-specific.

To clarify the diagnosis using tuberculin test. 20 or 50 TE of tuberculin are injected subcutaneously, after which the general and focal reactions are evaluated. The overall reaction is manifested by an increase in body temperature (more than 0.5 ° C), including in the cervix (cervical electrothermometry), increased pulse (more than 100 per minute), an increase in the number of stab neutrophils, monocytes, increased ESR. To assess the overall response, levels of haptoglobin, malondialdehyde in the blood are determined, to identify the functional state of neutrophilic leukocytes, a NBT test (with nitrazine tetrazolium) is carried out, which increases the diagnostic value of the tuberculin test. The general reaction occurs regardless of the location of the tuberculous lesion, focal – in its zone. Focal reaction is expressed by the appearance or increase of pain in the lower abdomen, swelling and pain during palpation of the uterus. Tuberculin tests are contraindicated in the active tuberculous process, diabetes mellitus, expressed impaired liver function and kidney function.

The most accurate methods for the diagnosis of genital tuberculosis are microbiological methods that can detect mycobacterium in tissues. Examination of the genital tract, menstrual blood, endometrial scrapings or washings from the uterus, the contents of inflammatory foci, etc. Sowing material produced on special artificial nutrient medium at least 3 times. However, the seeding of mycobacteria is small, which is explained by the peculiarities of the tuberculosis process. A highly sensitive and specific method for identifying the causative agent is the polymerase chain reaction (PCR), which allows to determine the DNA regions characteristic of Mycobacterium tuberculosis. However, the study material may contain PCR inhibitors, which leads to false-negative results.

Laparoscopy allows to identify specific changes in the pelvic organs – adhesions, tuberculous tubercles on the visceral peritoneum covering the uterus and tubes, caseous lesions in combination with inflammatory changes in the appendages. In addition, during laparoscopy, you can take material for bacteriological and histological studies, as well as, if necessary, carry out surgical correction: lysis of adhesions, restoration of patency of the fallopian tubes, etc.

Diagnosis of genital tuberculosis helps hysterosalpin-gografiya. Radiographs show signs typical for tuberculous lesions of the genital organs: displacement of the uterus due to adhesions, intrauterine synechia, obliteration of the uterus, uneven contours of the tubes with closed fimbrium, extension of the distal tubes in the form of a bulb, clear change of the tubes, cystic expansions diverticula, pipe rigidity (lack of peristalsis), calcinates. On radiographs of the pelvic organs, pathological shadows — calcinates in the tubes, ovaries, lymph nodes, foci of caseous decay are detected. To avoid exacerbation of the tuberculous process, hysterosalpingography is carried out in the absence of signs of acute and subacute inflammation (fever, tenderness to palpation of the uterus, III-IV degree of purity of smears from the vagina and cervical canal).

Diagnostics complements the ultrasound scan of the pelvic organs. However, the interpretation of the data obtained is very difficult and accessible only to a specialist in the field of genital tuberculosis. Other diagnostic methods are of lesser importance – serological, immunological, flotation method. Sometimes the diagnosis of tuberculous lesions of the internal genitalia is made in the celiac section with regard to the expected lesions in the uterine appendages.

Treatment of genital tuberculosis, as well as tuberculosis of any localization, should be carried out in specialized institutions – tuberculosis hospitals, dispensaries, sanatoriums. Therapy should be comprehensive and include tuberculosis chemotherapy, means to increase the body’s defenses (rest, good nutrition, vitamins), physiotherapy, and surgical treatment according to indications.

The treatment of tuberculosis is based on chemotherapy using at least 3 drugs. Chemotherapy is selected individually, taking into account the form of the disease, the tolerability of the drug, the possible development of drug resistance of Mycobacterium tuberculosis. Improper treatment of tuberculosis does more harm than good, because it translates easily curable forms of the disease into intractable drug-resistant tuberculosis. Rifampicin (450-600 mg / day), streptomycin (0.5-1 g / day), isoniazid (300 mg) are among the first (main) series recommended by WHO for inclusion in standard schemes (directly noted therapy – DOT). / day), pyrazinamide (1.5-2 g / day), ethambutol (15-30 mg / kg per day). Second-line drugs (back-up) are prescribed for pathogen resistance to first-line drugs. These are aminoglycosides – kanamycin (1000 mg / day), amikacin (10-15 mg / kg per day), fluoroquinolones – lomefloxacin (400 mg 2 times a day), ofloxacin (200-400 mg 2 times a day). Interest in well-known, but displaced from clinical practice means – para-aminosalicylic acid (PAS) (4000 mg 3 times a day), cycloserine (250 mg 2-3 times a day), ethionamide (500-750 mg / kg per day) , protionamide (500-750 mg / kg per day). The program of treatment of patients with genital tuberculosis provides for a long-term (from 6 to 24 months) reception of several (from 3 to 8) anti-tuberculosis drugs.

Surgical treatment is used only for strict indications (tubo-ovarian inflammatory formations, the ineffectiveness of conservative therapy with an active tuberculous process, the formation of fistulas, dysfunction of the pelvic organs associated with marked cicatricial changes). The operation itself does not lead to a cure, as the tuberculous infection persists. After surgery, chemotherapy should be continued.

Physical therapy is prescribed after the subsidence of acute events in the form of hydrocortisone phonophoresis, sinusoidal currents, amplipulse therapy. Sanatorium and resort treatment of tuberculosis is currently recognized as ineffective and too expensive. It was abandoned in most countries of the world in the middle of the 20th century. In Russia, this type of rehabilitation treatment has been preserved as a form of social assistance to the sick. The climate of mountain, steppe and southern seaside resorts is considered the most suitable.

Specific prevention of tuberculosis begins in the first days of life with the introduction of BCG vaccine. Revaccination is carried out at 7, 12, 17 years under the control of the Mantoux reaction. Another measure of specific prevention is isolation of patients with active tuberculosis. Nonspecific prophylaxis involves carrying out general health measures, increasing the body’s resistance, improving living and working conditions.