What is Bulimia Nervosa and how it is Different from Anorexia and Binge Eating Disorder?

Bulimia nervosa commonly known as Bulimia is a chronic eating disorder in which a person binge eats and immediately after eating gets rid of the food consumed. Bulimia is often confused by Binge Eating disorder, anorexia, Kleine-Levin syndrome, and borderline personality disorder. Some people think that these two disorders are similar, but in fact, the symptoms and causes of both eating disorders are different. It is therefore very important to know about the symptoms, causes, and treatment of bulimia nervosa.

This article covers the symptoms and causes of Bulimia and distinguishes it from Anorexia and Binge Eating Disorder. It will help you to better understand the Bulimia disorder and it would be easier to get help for either yourself or a loved one suffering from this chronic eating disorder. 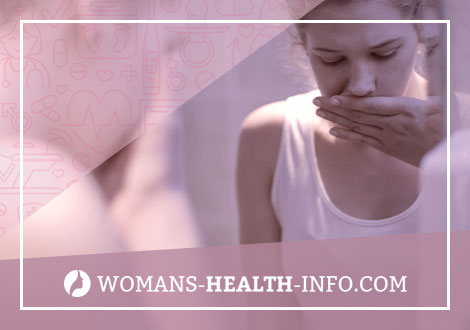 Bulimia Nervosa and Binge eating disorder have similar characteristics. Both involves recurrent episodes of binge eating. But both of these disorders are different from one another.

Binge eating disorder is characterized by recurrent episodes of eating a large amount of for over a period of two hours or so. Also in Binge eating disorder, the person does not feel the need to compensate or take out the food consumed, rather they feel guilty and embarrassment of their eating habits.

On the other hand, Bulimia Nervosa is also characterized by binge eating but in this disorder, the overeating follows by purging. Another major characteristic of this eating disorder is that person with Bulimia consumes a large amount of over a short period of time. They have the urge to eat more food within a limited time and once they consumed the food they immediately feel the need to get rid of the food they have consumed.

Persons suffering from Bulimia disorder takes out the consumed food either by self-induced vomiting or by using laxatives. The reason why a person with Bulimia does this is the fear of gaining weight. Bulimia patients also use different efforts to reduce the weight which they may gain due to consumption of food. It involves the use of stimulants, diuretics, excessive exercise or water fasting.

There is also a misconception where many people think that Anorexia Nervosa and Bulimia are both same disorders. It is believed so because both have the same name also in both cases the person refuses to intake food, therefore most people think these two disorders are the same.

Anorexia Nervosa is not related to Bulimia Nervosa at all. In Anorexia the person is constantly in a fear of gaining weight, and they tend to have a strong desire to be slim & thin and in order to achieve it, they avoid eating food. The persons suffering from anorexia disorder eats a very little or no food during a day.

While this is not the case in Bulimia. Although the persons with Bulimia disorder also have a fear of gaining weight and with a desire to be thin but in this case, they do not refuse to intake food. They rather binge eat a large amount of food and then take out the consumed food either by vomiting or taking laxatives. In bulimia, people do not starve.

Symptoms and Signs of Bulimia

Bulimia nervosa is a chronic and life-threatening eating disorder. This disorder may trigger other mental and physical disorders. It is therefore important to get proper treatment for bulimia on time. The signs of bulimia are difficult to detect but with caution and care, one can know whether someone is suffering from Bulimia or not.

If you notice any of the following warning signs and symptoms in any of your friend or relative make sure to take them to the doctor:

What are the Causes of Bulimia Nervosa?

Bulimia nervosa is a mental disorder where the person has an urge to consume a large amount of food and then get rid of the food consumed in order to avoid weight gain. Bulimia disorder can be triggered by a number of factors.

Just as the binge eating disorder can be initiated by a stress, strict and long-term dieting or anxiety and depression, compulsive eating in bulimia can also be triggered due to similar reasons. While the purging or the immediate urge to get rid of the consumed food in bulimia can be a result of fear of gaining weight. The bulimic persons use purging to compensate the consumed food and keep their body state in normal.

Generally, it is believed that social, cultural pressures, biological and psychological factors and genetics has a key role in causing Bulimia. Some people might be bulimic because of their family history, while others might get because of a traumatic situation such as abusive childhood or bullying.

Onset and Occurrence of Bulimia

Many cases of bulimia nervosa have shown that the onset of the disorder is usually between the age of 13 and 20. Bulimia is high among the adolescent as compared to the adults. The adults who suffer from bulimia has a history of obesity or other psychological disorders.

According to a report, about 0.5 percent of adults and 0.9 percent of teenagers suffer from bulimia. It is also observed that bulimia is more common among the woman. And out of total bulimia women, about 1% are young teenage women.

Bulimia is common among those adolescents are a self-imposed perfectionist. Such persons always have high expectations from themselves and others. They have certain unreality goals, and when they fail to meet their self-created standards they start binge eating followed by purging. 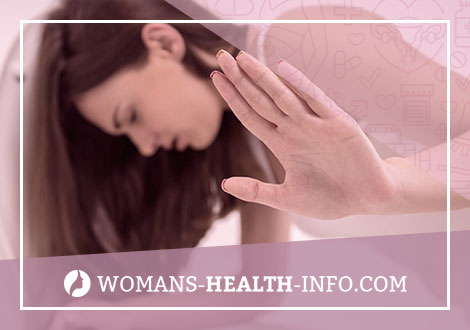 Yes, like any other disorder bulimia nervosa is also treatable. It is never too late to get treatment for Bulimia. If you have noticed symptoms of bulimia in yourself or someone who is very close to you, you must reach out for help. A survey has shown that after a 10 years treatment half of the patients recover fully and 1/3rd of the patients recover partially while the remaining 10% to 20% patients shows symptoms.

Treatment of bulimia may take time but there are a lot of cases in which the treatments have shown positive and effective results. Bulimia nervosa can be treated by either by psychotherapy, medication or both psychotherapy and medication.

Which treatment method would be effective depends on the condition of the patient. Some patients recover from just psychotherapy while some may need medications to overcome their condition.

Psychotherapy is often involved two different methods, one if the Cognitive Behavioral Therapy (CBT) while the other one is the Maudsley Family Therapy.

In CBT the doctors use different behavioral techniques. Through this treatment methods, the patients are taught to note their eating pattern and amount of food they are consuming. They are also required to record the periods of vomiting.

The reason for adopting this technique is to identify the emotional fluctuations which a bulimic person is going through and devising ways to avoid these emotional fluctuations. Through CBT treatment the patients learn different coping strategies to overcome their urge to binge eat and then taking out the food through self-induced vomits.

According to researchers Maudsley family therapy and Dialectical behavior therapy has also shown positive and effective results in bulimia treatment.