Nerve cells produce serotonin which is a chemical that plays a number of functions in a human body. Its scientific name is 5-hydroxytryptamine, and it is mostly present in the brain, digestive system and blood platelets. Serotonin is made up of tryptophan which is an essential amino acid. This chemical enters our body through the food we eat, such as cheese, red meat and nuts.

Serotonin is both a neurotransmitter and a hormone. It affects many functions of the body, which may also include psychological functions. Lack of serotonin influences the mood, social behaviour, appetite, digestion and memory. It is also known as a happy chemical as it improves the well being of a person. 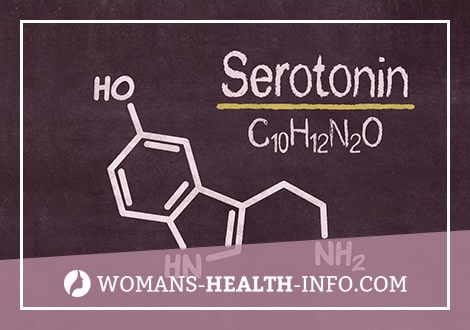 Just like other chemicals and minerals, serotonin is also very important for our body as it can affect your emotions and motor skills. Many studies have found that it plays a key role in the functioning of the gastrointestinal tract and central nervous system. Following is the detail of functions played by serotonin in the body:

All the sleeping functions, i.e. the ability to feel sleepy, remaining asleep and waking up are all controlled by serotonin. People who have the deficiency of serotonin may face chronic insomnia and fatigue, unusual sleep patterns and vivid dreams.

Low level of serotonin may cause chronic pain as it is also responsible for the way the muscles act. The most common type of chronic pain, fibromyalgia, is due to serotonin deficiency. Taking antidepressants can increase serotonin level, which may give some relief in pain.

Difficulty in Learning and Memory Issue

Another indication of the low level of serotonin is that the person may face anxiety and trauma. Chronic stress can also occur causing the serotonin to decrease.

Schizophrenia is a behaviour of unusual belief, hallucinations and sudden change in the mood or personality. All these signs indicate that the person is suffering from a low level of serotonin.

Disturbance with the Body’s Internal Clock

Appetite issues and eating disorder includes overeating or not eating enough is also a sign of serotonin deficiency. Apart from this, depression can also affect appetite caused by the low level of serotonin.

Attention deficiency and attention deficiency hyperactivity cause due to serotonin issue. People suffering from this may have difficulty in concentrating; feel bored or unable to sit at one place. This behaviour is normally observed in children who behave aggressively, have unlimited energy and are hyperactive.

Serotonin can affect concentration, memory and other cognitive functions. There is a possibility that a low level of serotonin can lead to dementia as the people grow old.

Cause of Serotonin Deficiency

Researchers are still unable to diagnose the reason behind serotonin deficiency. Lifestyle and psychological facto plays a major role in the decrease and increase of serotonin levels. However, some of the reasons might include:

Some of the other causes of serotonin deficiency are:

Serotonin deficiency is very difficult to diagnose because till now there is no such test which could tell the amount of serotonin in the brain or body. However, through a blood test, serotonin-producing tumours could be diagnosed. Normally, the doctors treat the patient through symptoms instead of testing serotonin levels in the body. They also go through the medical history and the medicines taken by the patient. The following three factors can be considered to diagnose serotonin deficiency:

The doctor may recommend tests like blood and urine test, X-ray of chest, computerized tomography or lumbar puncture to rule out other causes.

Serotonin deficiency is treated according to the severity of the symptom faced by the patient. If there are minor symptoms, the doctor will advise to stop taking medicine affecting the serotonin level. Some of the known ways to increase the functioning of serotonin are:

Foods which should be Taken To Increase Serotonin Level

Tryptophan is an amino acid which makes the mood of a person better, and it could boost the level of serotonin. When foods rich in tryptophan are taken in a high amount, it would give a positive mood resulting in better production of serotonin; To grow the manufacture of serotonin in the physique and the brain, tryptophan is the most important chemical required. Some of the foods which should be taken to make serotonin level better are:

Turkey, eggs and cheese have tryptophan, and when these foods are consumed in a large amount, it will increase the level of tryptophan in the blood. As tryptophan increases, serotonin deficiency also decreases.

Bananas can also change the mood of a person as they contain serotonin. This will only happen if the serotonin in the bananas reaches the brain.

There are some foods which contain serotonin, but there is no known study that whether this serotonin reaches the brain or not. These foods are walnuts, bananas, hickory nuts, pineapples, kiwis, plums and tomatoes.

Relationship between Serotonin and Depression

SSRI can have some side effects which may go after a few weeks of treatment. Some of the side effects the person may experience are: